Greg McPheeters Spin City columnist Karen Kefauver, right, rides across the new Branciforte Creek bicycle/pedestrian bridge that was unveiled at a City of Santa Cruz celebration in September. Left is Cory Caletti, senior planner at the Santa Cruz Regional Transportation Commission and the friend who got Karen involved with the Santa Cruz County cycling scene 23 years ago.

The month of December is typically a time when I feel both frenzied and reflective. During the holiday season, my schedule swells with fun (and fattening) events. I’m shopping like crazy and wrapping up work projects. Plus, I’m trying to burn off those extra calories on the bike! I bet you can relate.

On the other hand, I also like to take time and look back at the year to celebrate my triumphs and strive for improvements.

Today, on the occasion of my final column of Spin City, I want to reflect on how much joy it’s given me to write this bicycling column for the past eight years.

I feel fortunate that I’ve had the opportunity to showcase cycling — mountain biking, road riding, cyclocross racing, BMX and dirt jumping, track racing and more — in Santa Cruz for nearly a decade. In 2009, when this column was born, I was trying to decide what to name it. Santa Cruz has long been known as “Surf City,” but I’ve always thought that it should be equally known as “Spin City.”

Our town is not only beloved by local cyclists, but is also recognized nationally (the League of American Bicyclists awarded us “gold” for our bicycle-friendly community) and internationally (think Tour of California) as a world-class bicycling destination. We’re also a proud hub of some of the leading companies in the bicycle industry and home to top-tier bike builders.

I’m grateful I had a platform to discuss things that are really important to me, like the necessity of wearing a bike helmet and how to be a courteous cyclist on the roads and trails. At every opportunity, I have encouraged women, in particular, to try the sport.

I discovered that I was equally excited to interview cycling celebrities — like mountain bike cross country world champions Alison Dunlap and Ned Overend — as a little girl or boy who was riding a bike for the first time at a Bike to Work and School event.

What has touched me most is when a parent or kid comes up to me beaming that they remember when their pictures and their stories were in the newspaper.

It’s all about you, dear readers, and some of the stories you responded to most were bicycle travel adventures, like when I cycled up the famous Going-to-the-Sun Road at Glacier National Park in the pouring rain or braved the insane traffic and pollution while biking in Beijing.

What I hope is that you will stretch yourself like I did for my column and try new things, like spending an afternoon riding on a pump track or hauling dirt in a wheel barrow to help build a trail. Still on my bucket list is a visit to the San Jose velodrome for a beginner’s lesson.

I could go on and on, but I’ll hit the brakes for now, and just say keep on riding! Writing this column has expanded my mind and my heart and I thank you for the grand adventure. 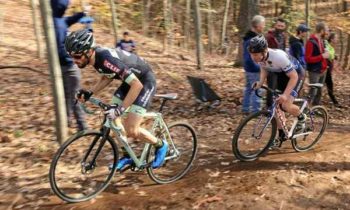